JNU's College of Japan held its 2022 opening ceremony at the venue in Tokyo on April 9 with a parallel online meeting in Guangzhou. 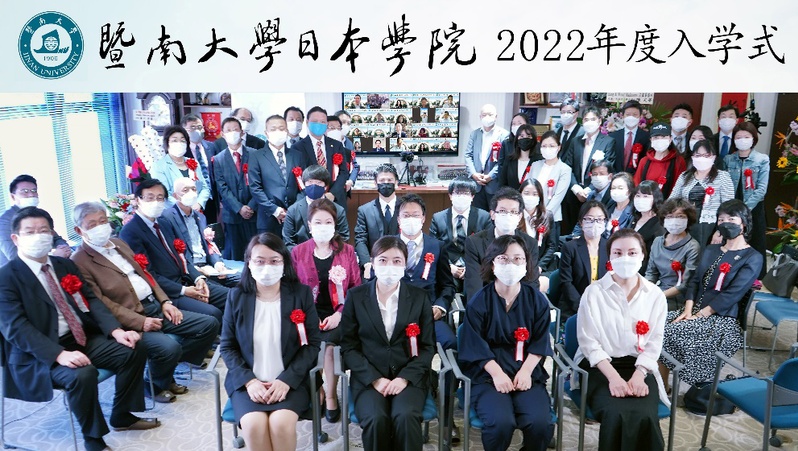 (Participants in the ceremony, online and off)

Lin said the College of Japan, JNU's first overseas campus, had met the demands of overseas Chinese and international students for Chinese education abroad and high-quality Chinese education resources while connecting Chinese culture with the world. He also said he hoped teachers and students in the college would pass on Chinese culture and promote Sino-Chinese communication by conducting exchanges and mutual learning among civilizations.

Song said he earnestly hoped students would study Jinan like a good book, inherit the Jinan spirit of loyalty, sincerity, integrity and respect and become responsible JNUers with ideals and faith.

(Participants in the online opening ceremony)

Zhan said that on the occasion of the 50th anniversary of the normalization of diplomatic relations between China and Japan, it was of special significance to officially open the College and begin enrollment. He expressed his expectations that JNU would continue to give strong support and guidance to promote further development of the college, and that overseas Chinese in Japan would carry forward Chinese culture, cherish their learning opportunities and promote Sino-Japanese friendship. 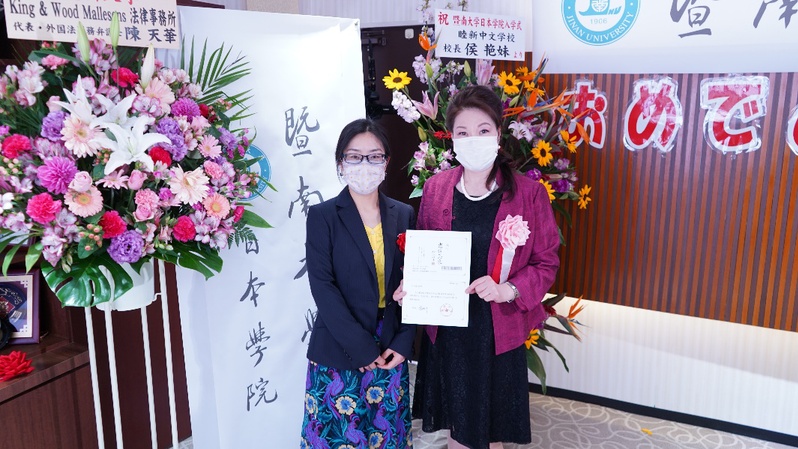 Oshima Shohei, a freshman in Chinese language, and Zhu Ziyi, a new graduate student in Teaching Chinese to Speakers of Other Languages, spoke as student representatives. They expressed their sincere gratitude to the college for providing students with precious learning opportunities, saying they would cherish the opportunities and study hard to pay back the college and society.

Chen awarded admission letters to new graduate students and appointment letters to the consultant team that has supported and cared about the college's development for many years.