In the second round of the double first-class list announced in 2022, JNU's pharmaceutical science discipline has once again been selected for the list of world-class disciplines.

Founded in 2001, the College of Pharmacy has always been guided by the major demands and frontier subjects in national biomedicine. Based on the disciplines of  basic medicine, biology and chemistry, the college has established a world-class pharmaceutical discipline development concept with interdisciplinary integration and JNU's unique characteristics as a university for overseas Chinese. The college has also endeavored in exhibiting characteristics from pursuing sustainable development in aspects that include cultivation of high-end talents; conformity to national major strategic needs; cohesion with compatriots from Hong Kong, Macao and Taiwan and overseas Chinese; and dissemination of excellent traditions in Chinese culture.

Dean Yao Xinsheng, an academician of the Chinese Academy of Engineering, is behind these achievements. Yao brought his research team to join JJNU's original research team in 2002, and later set up its Institute of Traditional Chinese Medicine and Natural Products, supported by JNU with 20 million yuan in development funds. Thanks to his efforts, JNU's pharmaceutical science discipline soon entered the fast lane. Martin Banwell, an academician of Australian Academy of Sciences, joined JNU in 2018 and later established its Institute of Advanced and Applied Chemical Synthesis. He has devoted himself to helping put China's pharmaceutical chemistry research on the international research frontier.

For over 20 years, driven by influential academicians like Yao and JNU Vice President Ye Wencai, the college has gathered talents; optimized the arrangement of disciplines; and promoted the interdisciplinary integration of pharmacy and biology, basic medicine, clinical medicine, chemistry, materials science, computer science and other disciplines.

It has also been working to develop four new interdisciplinary directions: artificial intelligence pharmacy, drug synthetic biology, chemical biology and nano-pharmacology. Meanwhile, it has set up 12 interdisciplinary innovation teams; they include four provincial and ministerial teams, among them the Ministry of Education's Chang Jiang Scholars Innovation Team and the Local Innovation Team in Pearl River Recruitment Program of Talents.

Thanks to JNU's Innovative Drug-Discovery and Modernization of Traditional Chinese Medicine Intelligence Introduction Base, which was included in the 111 Plan, a talent introduction project initiated by the Ministry of Education and State Bureau of Foreign Experts Affairs to build high-level research universities, these innovation teams have signed agreements with more than 10 well-known universities abroad for cooperative education and scientific research. They have successively introduced nine full-time foreign professors, including Kamel Meguellati, an outstanding young French pharmaceutical chemist, and over 20 teachers holding core positions in international authoritative pharmacy journals. 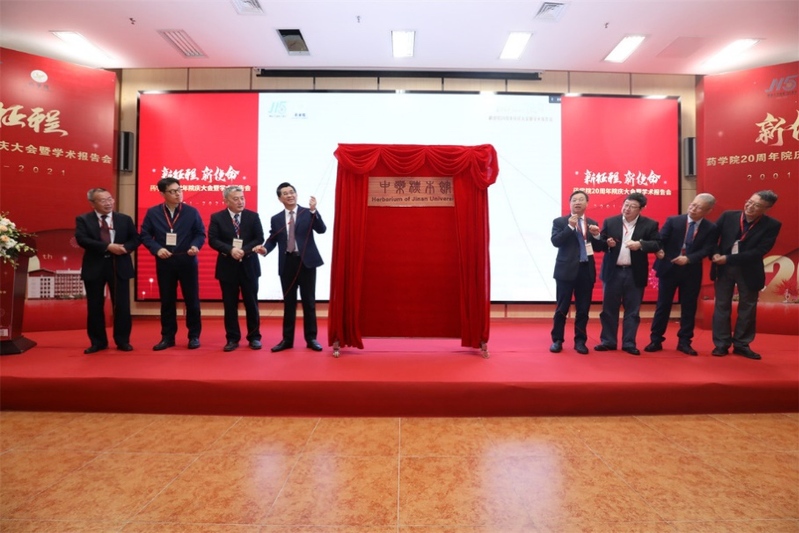 To date, the college boasts 16 national, provincial and ministerial-level teaching and scientific research platforms. It has also established long-term partnerships with nearly 10 enterprises, including Guangzhou Pharmaceutical Holdings Ltd. and the Zhongheng Group. The college's Industry-Academia-Research Institute Collaboration is a microcosm of extending the educational space from the classroom to the society. 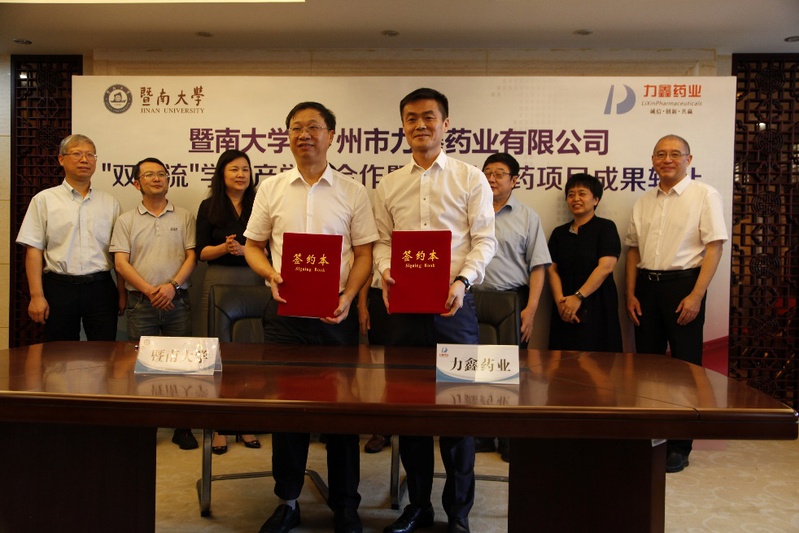 (JNU and Guangzhou Lixin Pharmaceutical Co. Ltd signing the contract for the transfer and development of JND32066, a new antineoplastic multi-kinase inhibitor)