The Olympic sprinter Su Bingtian, an associate professor in JNU's School of Physical Education, was honored with the 2021 Touching China Award on March 3. In the prize announcement, the Touching China Committee said: “9.83 seconds, your new Asian record in the 100-meter dash, astonished the whole world. Despite injuries and aging, you have outrun yourself. China, your strong motherland, will always have your back.” 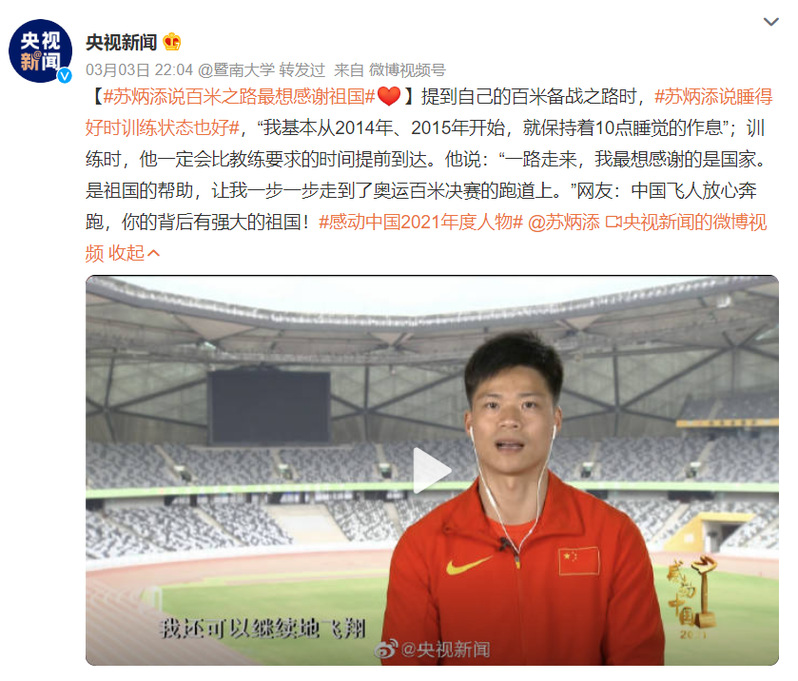 In a live interview at the award ceremony, he said: On my road to success, it is my country, China, to which I want to express my most sincere gratitude. Without the help of my motherland, I couldn't have raced in the 100-meter final of Olympics. Online, netizens had a lively discussion about Su's success. You are the flying man of China, one said. You can run freely with the support of our strong motherland!”