Zhang gave an introduction to JNU's development situation and its exchange and cooperation with France. He said the university had worked closely with French educational circles and signed agreements with many schools, including the University of Paris, Aix-en-Provence Institute of Political Studies and the Catholic University of Lyon, and carried out cooperative projects in scientific research and teacher-student communication. Before the pandemic, JNU and its sister schools in France exchanged about 20 students every year. As early as 2014, JNU established its French department and started to recruit undergraduates majoring in French. In 2018 it signed a cooperation agreement with the Alliance Française to create an academic base in South China for learning French. 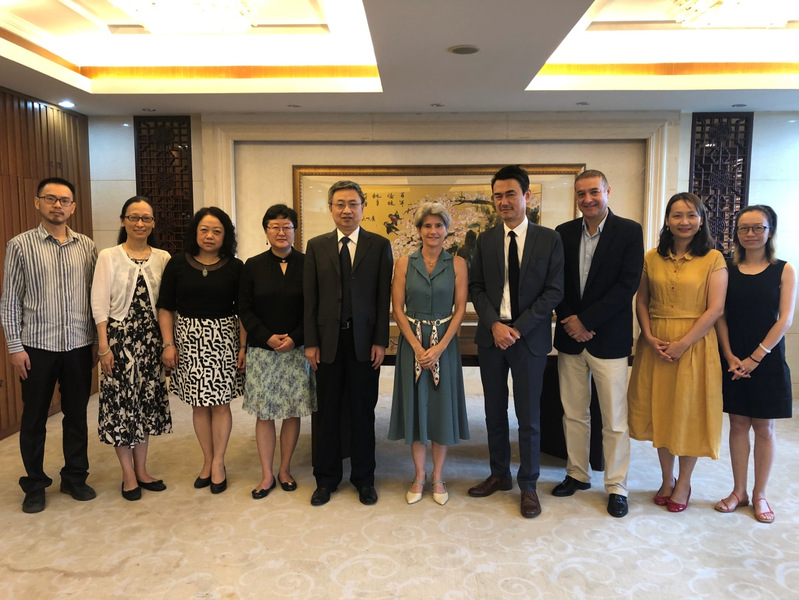 Rousse thanked Zhang for his warm reception and described Sino-French cooperation in culture and technology. In addition to the mutual consent to jointly build the Alliance Française Canton, he introduced projects for studying in France, such as the Toulouse Business School project and other science and technology personnel training projects. Rousse said he expected more Chinese students to study in France after recovery from the pandemic.