Jinan University has 45 projects and ranks fourth nationally, topping the universities in the “Double First-Class” initiative, in the list of major projects approved by the National Social Science Fund in 2020.
JNU won funding for more than 40 projects and ranked among the top five universities nationwide. While the total number of projects approved nationwide remained the same as 2019, JNU gained 7 more approved projects than last year, an increase of 18.4%, and rose six places in the ranking. Since 2016, the number of JNU's approved projects has exceeded 30 for the fifth consecutive year. 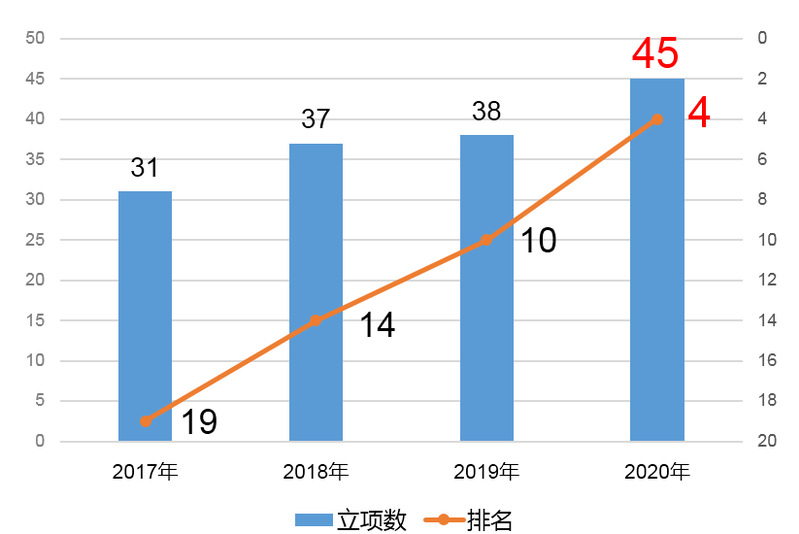 JNU's approved projects include 17 subjects: four in journalism and communication, tying JNU for first place among universities nationwide; six in Chinese history, placing second; and five each in law and management, demonstrating JNU's strength in these fields.
Fourteen JNU departments won the National Social Science Fund in 2020. The School of Literature won 11 projects, ranking first among all departments. The Law School/Intellectual Property School and the School of Economics both gained five and won second place. The library and the School of Mechanical and Construction Engineering also achieved breakthrough in the rankings this year.