Yang Baofeng, academician of the Chinese Academy of Engineering, was appointed an honorary JNU professor in an appointment ceremony and launching ceremony of the forum of the First Affiliated Hospital of JNU on Aug. 17. Yang received the letter of appointment from JNU Party Secretary Lin Rupeng and wore the school badge. 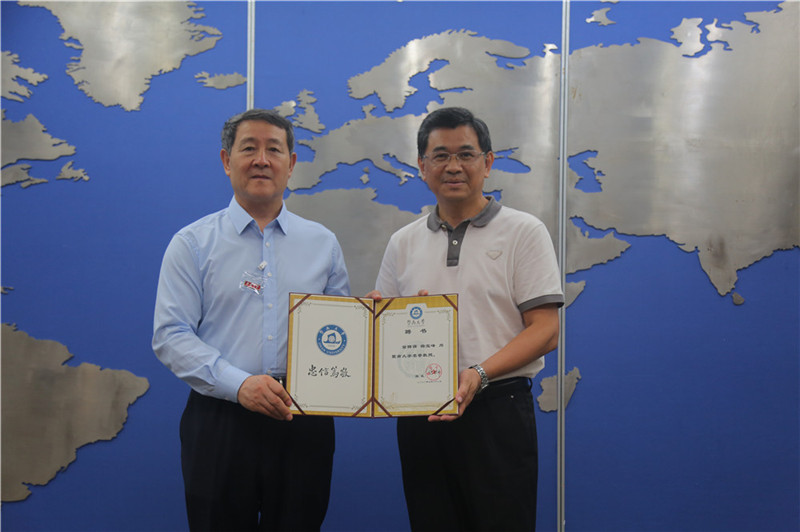 (Lin Rupeng presenting the letter of appointment to Yang Baofeng)
In his speech, Lin described JNU's history and reviewed the history and achievements of its medicine and pharmacy discipline. He pointed out that the university's development was inseparable from talents. He said Yang's joining had strengthened JNU's development and was bound to have a profound impact on the construction and development, team-building and personnel-training of JNU and the First Affiliated Hospital medical disciplines. (Yang Baofeng speaking)
Yang said that JNU was a university with passion and foresight, and he was honored to be appointed an honorary professor. He said he hoped to carry out in-depth cooperation with JNU and the First Affiliated Hospital in scientific research, clinical translational medicine and personnel training, creating more fruitful academic achievements and contributing to JNU's development. 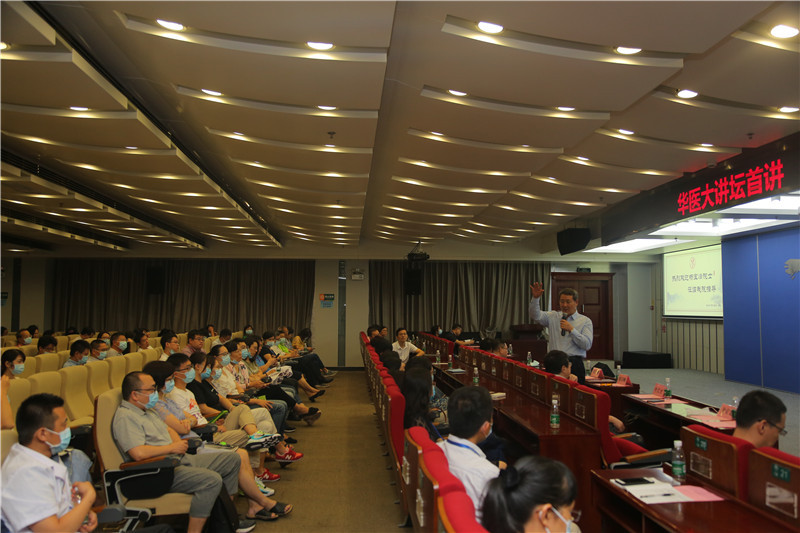 (Scene of the forum of the First Affiliated Hospital)
After the appointment ceremony, the forum of the First Affiliated Hospital was officially launched. As the first speaker, Yang gave a keynote speech titled Thinking on Discipline Construction.”
[Profile of Academician Yang Baofeng]
Yang, a pharmacologist, is a member of the Chinese Academy of Engineering; director of the Medicine and Health Department of the Chinese Academy of Engineering; vice president of the Chinese Medical Association; former president of Harbin Medical University; and chairman of the Chinese branch of Sino-Russian Medical University Alliance. He also serves as chief scientist of the 973 project on heart disease research, and leader of national key discipline of pharmacology, national teaching team and national scientific and technological innovation group. As a national famous teacher, Yang is committed to research on major cardiovascular disease pathogenesis and drug development, reaching international advanced standards in research on subjects including ion channels and arrhythmia. He has published more than 300 SCI papers in such journals as Nature Medicine, Circulation, Journal of Study, and Cardiovascular Research, and obtained more than 50 national authorized patents. His honors include the first National Innovation Competition Award; the second prize of National Natural Science; the Science and Technology Progress Award of the Ho Leung Ho Lee Foundation; the first prize of Natural Science of the Ministry of Education; and the Highest Science and Technology Award of Heilongjiang Province. He was among the first 10 National Outstanding Science and Technology Workers. He is the chief editor of the Ministry of Health textbook Pharmacology (sixth to ninth editions).

5 test sites in more than 20 countries, including Indonesia, Thailand, Myanmar, the United Kingdom, Japan, Canada and South Korea. Of a total 10,486 participants, 6,089 have obtained the certificate.