JNU's nine medical workers who rushed to Hubei on Lunar New Year's Eve, Jan. 24, and 15 more who went to assist them on Feb. 18 had fought the virus for more than 50 days in Hankou Hospital, the one with the most difficult working condition and the most patients in critical condition, saving many lives. When the situation was the most uncertain, they assembled in an hour and rushed to Wuhan, the most severely affected city. They were among the earliest medical teams that flooded into Wuhan to help. In Hankou Hospital, with support from three Guangdong medical teams, 412 patients were treated and 297 were released.

(Patients showing gratitude to a JNU medic for his care in Hankou Hospital.)

At noon on March 19, the inpatient area taken over by the First Affiliated Hospital of Jinan University was transferred back to Hankou Hospital for management. 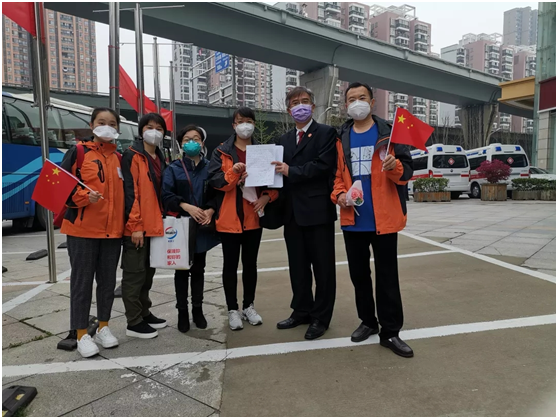 (JNU medics presenting a thank-you letter to the staff of the People's Court of Jiang'an District.) 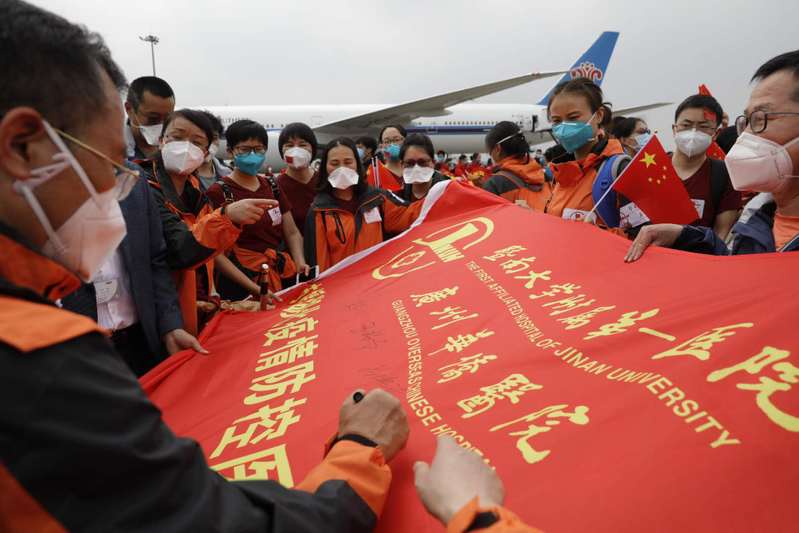 At 13:42, the medical workers landed at Guangzhou Baiyun International Airport. Later, they boarded the bus that had been arranged to pick them up and headed to the designated location for a two-week quarantine. 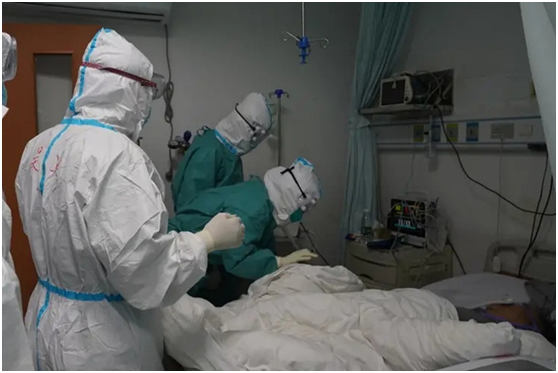 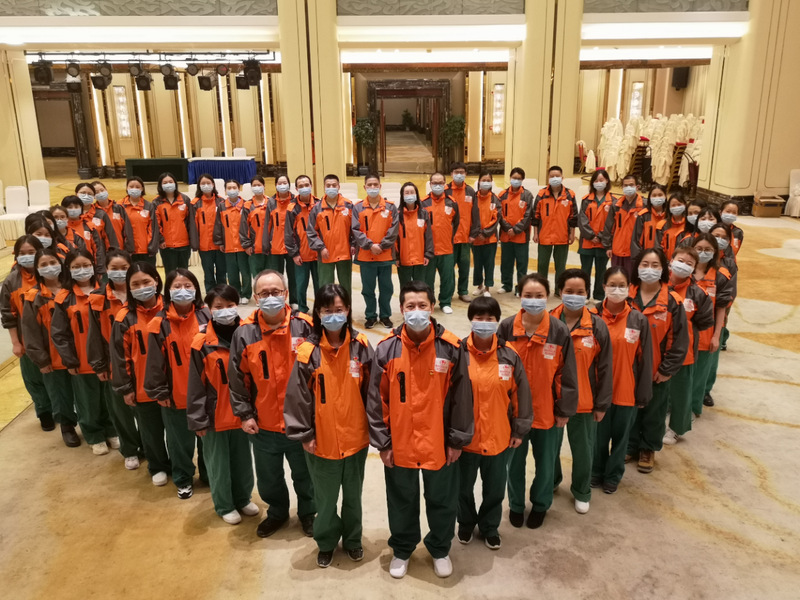