A 10-member delegation headed by R.A. Barrera Concha, mayor of Merida, Mexico, and Bai Yi, president of the Federation of Overseas Chinese and Chinese Businessmen Association the Yucatán Peninsula visited JNU on June 13. JNU Vice President Zhang Hong met with them and signed the Letter of Agreement for Cooperation. 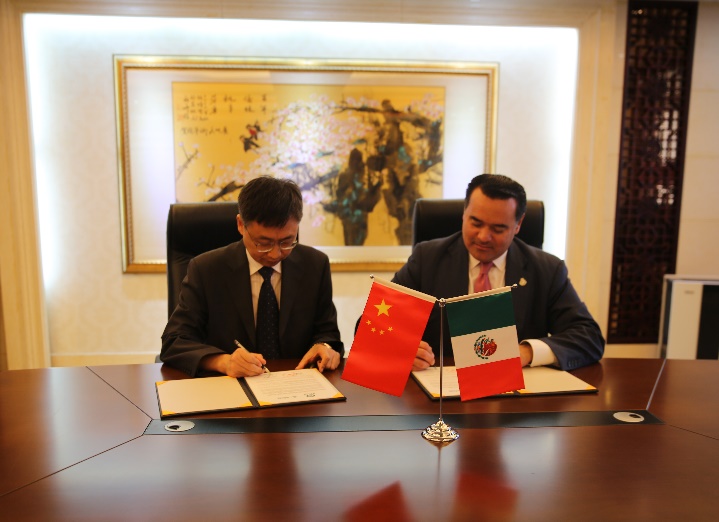 （Picture: Signing the Letter of Agreement for Cooperation）

Zhang noted that in recent years JNU had made great achievements, thanks to cooperative projects, encouraging it to move forward with stronger, mutually beneficial partnerships. He added that though JNU was famous for its disciplines in humanities, subjects like biomedicine, science and engineering have started to make a mark, indicating huge potential for further cooperation. In addition, he mentioned a planned visit to Mexico in October, in the hope of in-depth contact with Mexican universities to arrange cooperation.

Concha expressed his ardent desire to promote exchanges and cooperation between China and Mexico. As one of southern Mexico's top cities in education, Merida attracts a large number of Chinese students. To further promote student exchanges, Merida plans to launch a series of policies, including scholarships for Mexican students in China and 24-hour security protection for Chinese students in Mexico. Concha said Merida was willing to offer a platform for students to seek opportunities to cooperate with China in tourism, economy and academia.