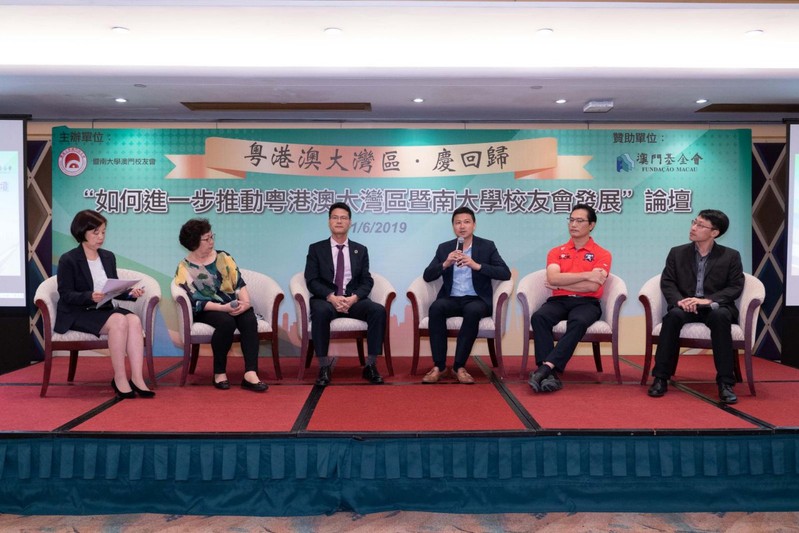 JNU President Song Xianzhong said this forum reflected that Macao alumni consciously implemented the spirit of General Secretary Xi Jinping's important speech during his inspection of JNU last fall. He said it was of great significance for the exchange and integration of alumni in the Greater Bay Area, high-quality interaction between alumni and their alma mater, and mutual development. Song expressed hope that through the forum, new ideas and suggestions would be provided for alumni to better integrate into the Greater Bay Area, and new paths and chapters would open for alumni to serve the national strategy.
Wu Xiaoli, executive vice president of the Macao Alumni Association, said the association continued to promote in-depth exchanges and integration between Macao alumni and the mainland. The first Employment/Internship Campus Recruitment Day for Macao students, which was also opened up to mainland students, achieved good results, he said. Focusing on the Greater Bay Area and strengthening integration and innovation measures, the association is preparing more activities, including an employment and internship program for Macao students, a Portuguese learning promotion plan, and a parent-child experience camp for Macao secondary school students studying in the mainland.

A gala dinner and inauguration ceremony were held in the Fisherman's Wharf Exhibition Hall on June 1.

(The gala dinner and inauguration)