JNU accepted a donation of HK$10 million from its board member Li Guohua at a donation and signing ceremony on May 10. In attendance were Li, Party Secretary Lin Rupeng and President Song Xianzhong, as well as Open University of Hong Kong (OUHK) board member Huang Yijian; President Huang Yushan, Vice President Guan Qingping and Tang Chuangshi. A panel discussion followed. JNU Vice President Hong An presided over the activities.

At the ceremony, Lin thanked Li for his consistent financial and material assistance to JNU's development ever since he became a board member. Lin emphasized that JNU was at a turning point for further reform and development, and that Li's donation, which reflects his charitable spirit and attention to education. will greatly help.  In response, Lin said, JNU will further promote the construction of medical disciplines and make full use of the donated funds.

Li said he believed that with the support and joint efforts of all parties, JNU will be able to realize its goal of being a Double First-Class and high-level university as soon as possible. 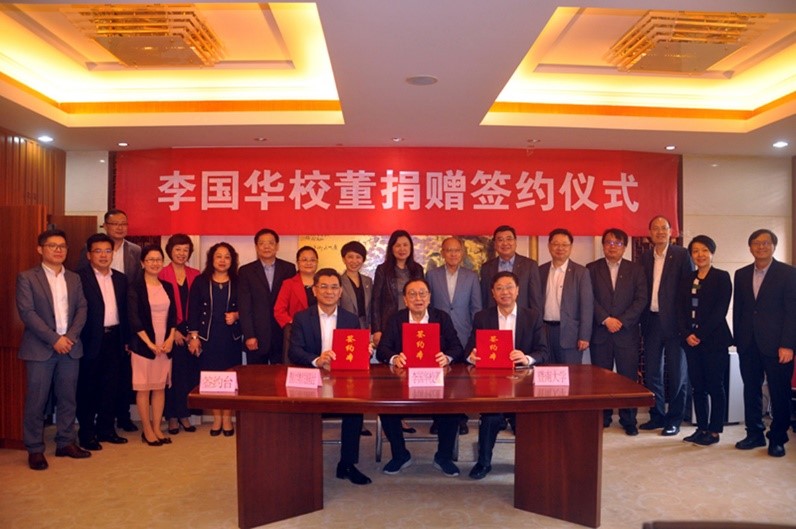 After the signing of the donation agreement, Song presented a souvenir to Li, on behalf of JNU.
During the exchange with OUHK, representatives of the two universities introduced their disciplines and achievements. They also discussed in depth the possibility of substantive cooperation in medicine, health care, business, news media, energy technology, artificial intelligence and economics.