The Academy of Motion Picture Arts and Sciences, the organizer of the Academy Awards -- better known worldwide as the Oscars -- has invited JNU Prof. Li Jie, a famous animation director who is director of new media art of the JNU College of Arts, to become a member of its committee reviewing animated short films. Chinese movie stars including Andy Lau, Takeshi Kaneshiro, Sylvia Chang, Yan Geling and Lou Yeare were among 928 artists invited on June 26, and they will be eligible to vote on the Oscars. 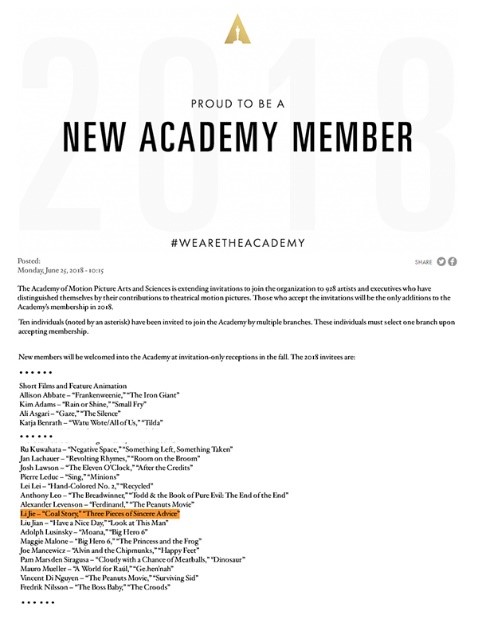 （Additions to the Academy's membership in 2018）

Li, who has taught and done scientific research on animation, was deputy director of the Steering Committee on the Teaching of Animation and Digital Arts in Higher Educational Institutions and a member of the Guangdong Animation Artists Association.

His representative works are Coal and the animation art exploration film Three Pieces of Advice. In 2004, that film, which he planned and directed, won the Silver Award in the third Hidagyu International Fairy Tale and Legend Animation Competition in Japan; it was also selected for the 12th Seoul International Animation Festival of SICAF2008 in Korea. In 2012, Coal was selected for the Annecy Animation Festival in France and won the Candidate Prize of the Animation Short Film unit of Anifest 2010 Animation Festival in the Czech Republic; it also won the best animation award of India's 2010 Federation of India Chambers of Commerce and Industry - Best Animated Frames Awards and was nominated in the Animated Film on Social Welfare-Professional category. In addition, Li has made many other short animated films, including 2007,2009, Law Is Around You and “Simplified Words Planning Bureau. He has compiled and published seven textbooks: The Original Painting, Design of the Original Painting, Training Courses of the Original Painting, Design Course of Shooting Script, Animation Direction and  Animation Techniques.” 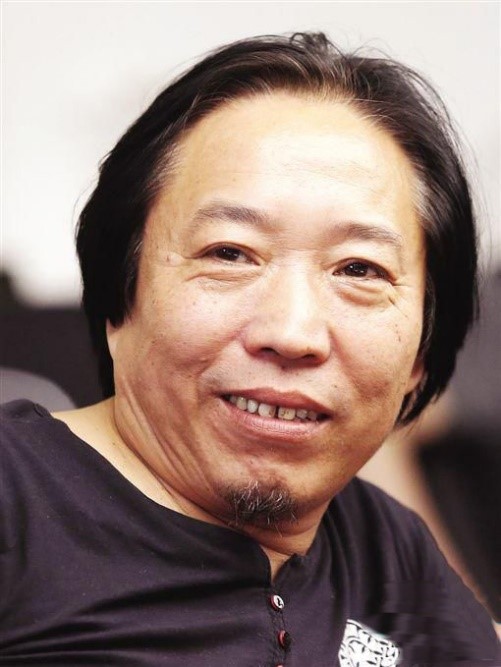