With Chasing the Chinese Dream and focusing on the Greater Bay Area as a theme, overseas Chinese media came to JNU to experience life in Guangdong and collect materials about Guangdong on Sept. 10. Participating in the activity, held by the All-China Federation of Returned Overseas Chinese, were 19 overseas media representatives from 14 countries and regions, including Malaysia, Hungary, the United Kingdom, Italy, Canada, Australia, the Philippines, Laos and Myanmar, as well as two domestic central media reporters. Ge Weiyao, a member of the Propaganda Department of the All-China Federation of Returned Overseas Chinese, and Yang Chunhua, culture minister of the Guangdong Federation of Returned Overseas Chinese, accompanied the delegation. Zhuang Hanwen, a member of the Standing Committee of the JNU Party Committee and minister of the United Front Work Department, received them. 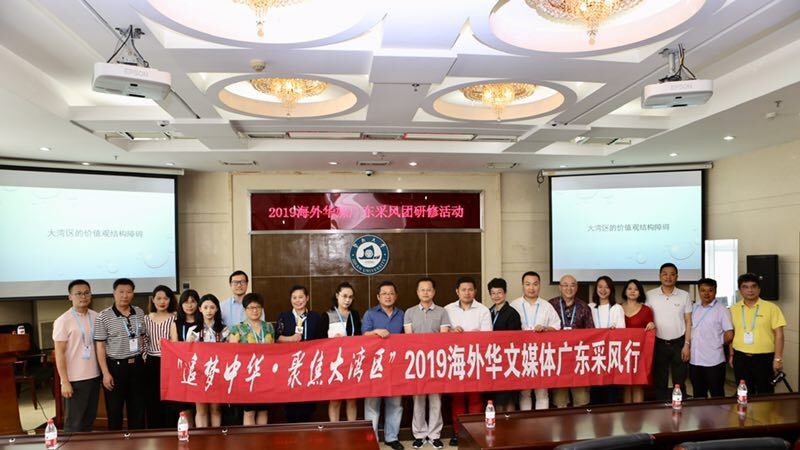 Prof. Wu Fei of the School of Journalism and Communication gave the delegation a special lecture on The Role of the Media in the Geopolitical Game Between China, the United States, Russia and India and reported on the development trend of the Guangdong-Hong Kong-Macao Greater Bay Area.”Combining practice with theories of media communication, Wu, a think-tank expert who focuses on media research, examined the trend in the current international situation and media communication, as well as the Greater Bay Area's prospects. 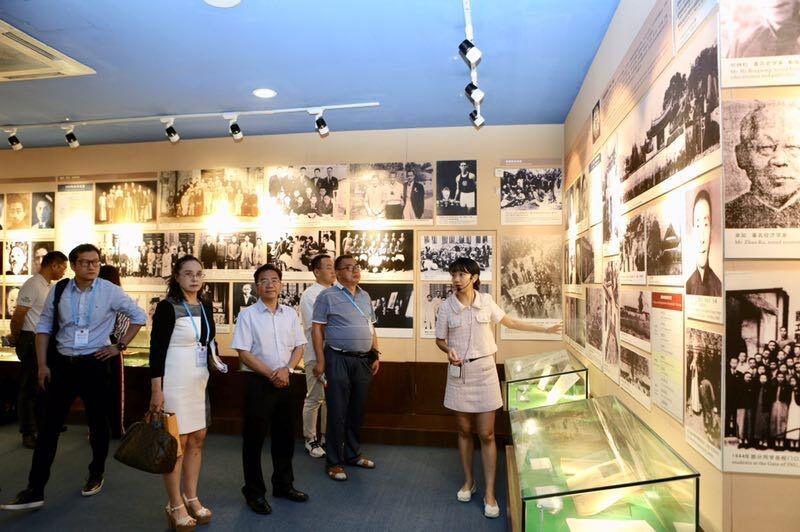