The closing ceremony of freshmen training camps and the welcoming cultural performance were held on Sept. 28. The camps, in which more than 6,400 students participated, lasted for 10 days on the main, Panyu, Huawen, Zhuhai and Shenzhen campuses.
The camps help students quickly integrate into university life with a variety of experiential enrollment activities. They include learning JNU-featured kung fu to recognize profound traditional Chinese culture; visiting historical and cultural attractions such as Yongqingfang, the Guangdong Museum and Chenjiaci to experience the unique charm of South China culture; and attending the First Class, with lectures by prestigious JNU scholars and well-known alumni who offer courses in professional identity, career planning, learning methods, psychological regulation and other aspects. (JNU Party Secretary Lin Rupeng)
A Sihai College student, Feng Zijin spoke at the ceremony on behalf of the freshmen. He said he and his classmates would study hard to become new youths for national rejuvenation and dedicate their power to build JNU into a Double First-Class and high-level university. 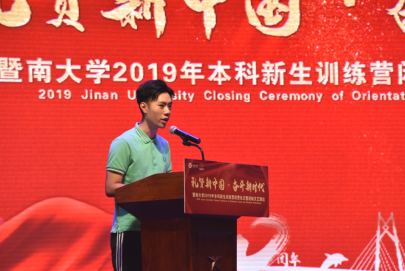 (Feng Zijin)
To encourage colleges and individuals who have performed well during the process, awards were given to outstanding campers, student cadres and winning colleges in individual events. The School of Mechanics and Construction Engineering and the School of Management won the first prizes on the Shipai and Panyu campuses, respectively. 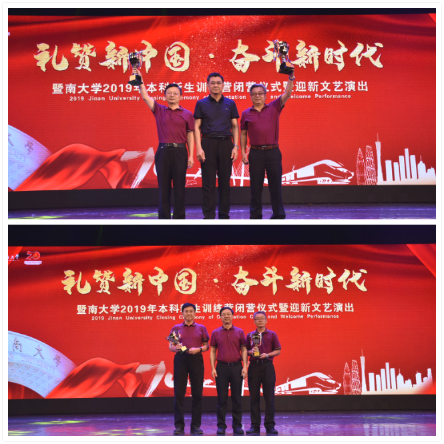 (Lin Rupeng and Song Xianzhong gave the awards to winners) 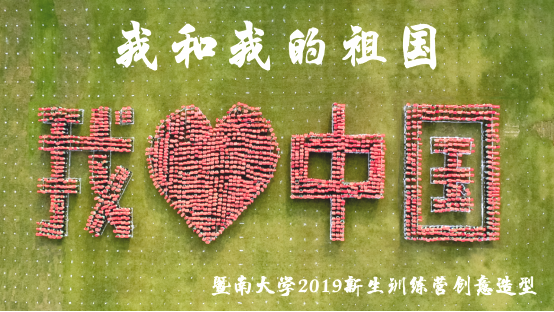