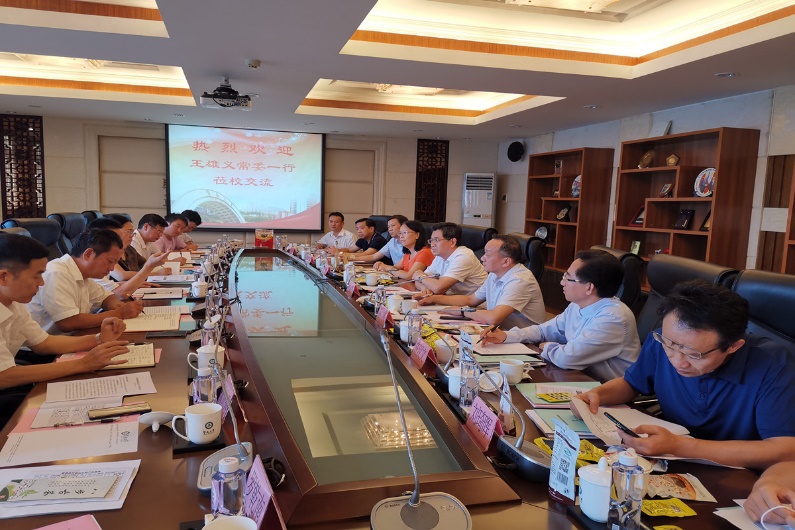 (The symposium site)
At the symposium, Lin gave an introduction to JNU's history and development. He said JNU should make full use of its comprehensive advantages, such as large size, concentration of personnel, talents, technology and intelligence, in accordance with the unified deployment of the United Front Work Department's targeted poverty alleviation work. Lin also said JNU would actively participate in that work to support Qinglong County and Wangmo County in Qianxinan Prefecture to contribute to the decisive battle against poverty there.

Wang described Qianxinan's social and economic development and pointed out that because of the united front, remarkable achievements have been made in poverty alleviation.

However, he also said there were some problems in its development, such as a lag in infrastructure construction and a shortage of education resources. He indicated that, taking this meeting as an opportunity, the local government of Qianxinan Prefecture would strengthen exchanges and cooperation with JNU by taking effective measures in industrial development, poverty alleviation through the economy, personnel training, medical services and Party-building. He also mentioned that the local government would promote the implementation of those measures by signing a cooperation agreement with JNU.

At the end, those attending watched a video on Qianxinan Prefecture, and the delegation visited the JNU History Museum.