The most valuable quality of Zheng Zhenduo is his patriotism of being courageous, unyielding, and faithful to the country and the people.
—alumna Zhou Yiping's Good Teacher in Turbulent Times 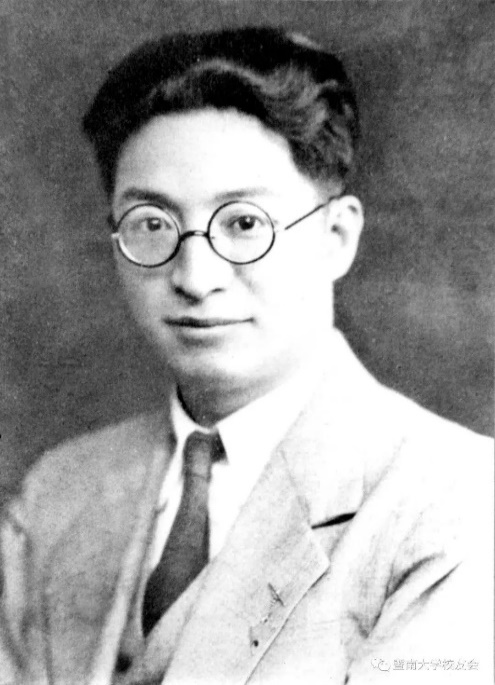 Zheng Zhenduo (1898-1958) helped He Bingsong, president of Jinan University, conduct education and teaching reforms when he served as dean of the College of Liberal Arts. He appointed scholars with extensive influence in various disciplines to teach at JNU and advocated academic research. Zhengis widely credited as one of the most influential characters in the May 4 Movement, as well as a real fighter in the Movement of New Culture and New Literature. As a famous writer, scholar and social activist, he contributed a lot to the development of Chinese culture. In the six decades of his life, he taught at Fudan University, the Chinese Public School, Yenching University, Tsinghua University and Jinan University, with which he had the closest relationship. He came to JNU in 1935, where he taught six and a half years until the Japanese army captured the concession in Shanghai, and later, at the time of JNU's relocation in Jianyang, Fujian. This was a crucial stage of Zheng's career, and he made great contribution to Jinan University.

At a time when the country was in peril, Zheng emphasized integrity in education and displayed his fervent patriotic spirit by taking an active part in resisting Japan and fighting to save the nation. His teaching spirit and patriotic acts, which edified generations of JNU faculty members and student, became the source of JNU's spirit of being patriotic and cultivating talents for the country.

At this critical moment of national crisis, Zheng, not satisfied to be a teacher, embarked on the road toward national salvation, promoting – along with Zhou Gucheng, Zhou Yutong, Fang Guangtao, Li Jianwu and other progressive professors — patriotism through daily teaching.

The day after the Pacific War broke out on Dec. 7, 1941, Japanese troops invaded Shanghai's international settlement. Of all higher education institutions, JNU was the first to be invaded and extensively searched. 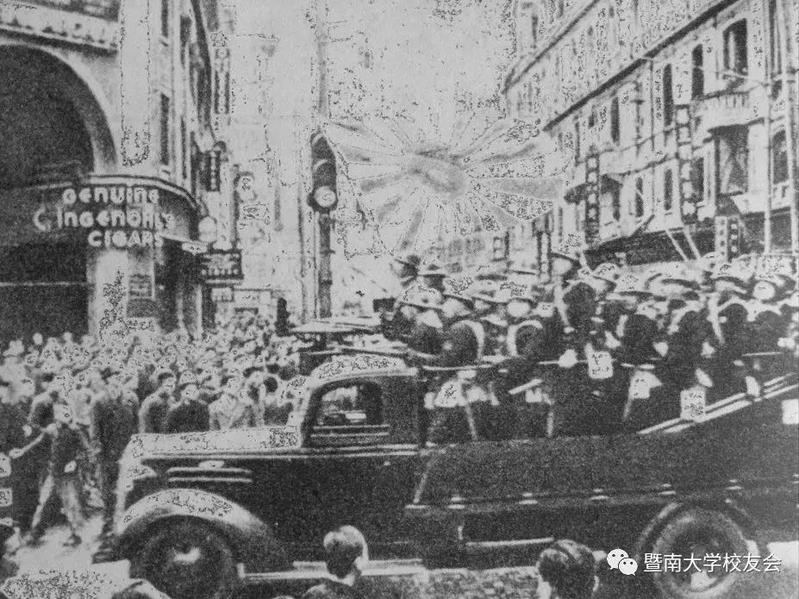 (The last lesson at JNU when Japanese troops invaded Gudao, the British and the French Concessions in Shanghai isolated by the Japanese troop' siege.)

Although many people knew Zheng was a bibliographer, few knew that his acts of searching for, buying and collecting books were not only for his own academic research, but also to save China's cultural heritage. 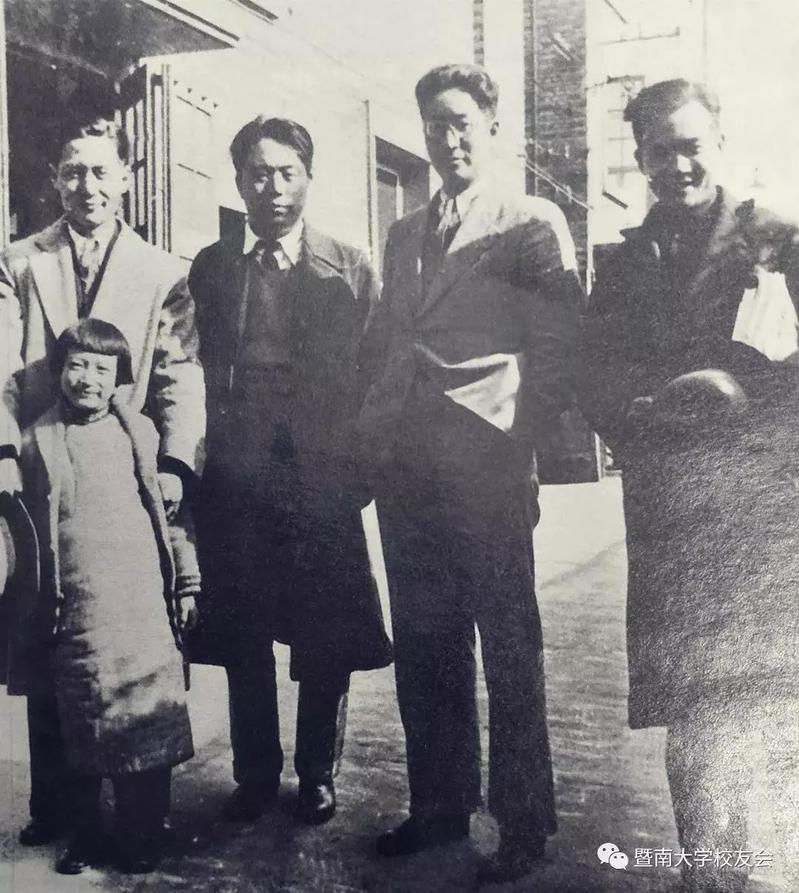 [Zheng Zhenduo, second from the right, and other cultural celebrities insisted on Gudao literary creation.]

With JNU President He Bingsong; Zhang Yuanji, director of the Commercial Press; Zhang Shouyong, president of Guanghua University; and Xu Senyu, director of the Palace Museum in Beijing, Zheng founded the Rare Book Preservation Society. In Shanghai, which was heavily guarded by the Japanese army, they secretly purchased nearly 50,000 scattered copies of ancient books after the Japanese army invaded, thus keeping Chinese documents from falling into the hands of the enemy and being taken out of China. 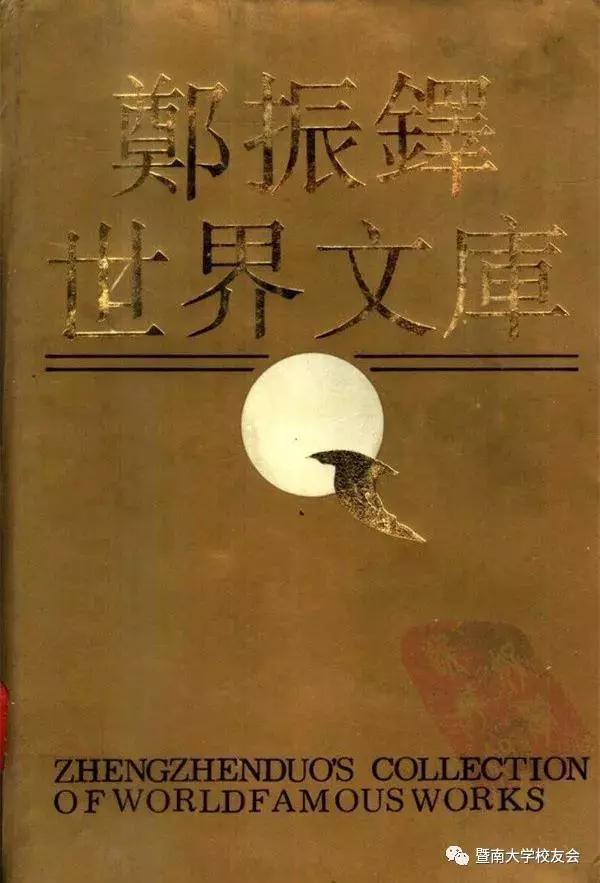 Until 1981, his old friend Ye Shengtao had only a rough idea of Zheng's stay in Shanghai. It is only after reading Qiu Shu Ri lu in this collection, Ye said, that I know Zheng was fighting with his life to save cultural heritage and prevent the outflow of those valuable books.
In 1935, Zheng served as president of the School of Arts and was concurrently  a committee member in the Teachers' Meeting, Administrative Meeting, Education Conference, Appointment Committee, Training Committee, Curriculum Review Committee, Library Committee, Compilation and Publication Committee, Enrollment Committee and Free Place Committee. He even served as the director of the school library, often presiding over or attending various activities at the school. 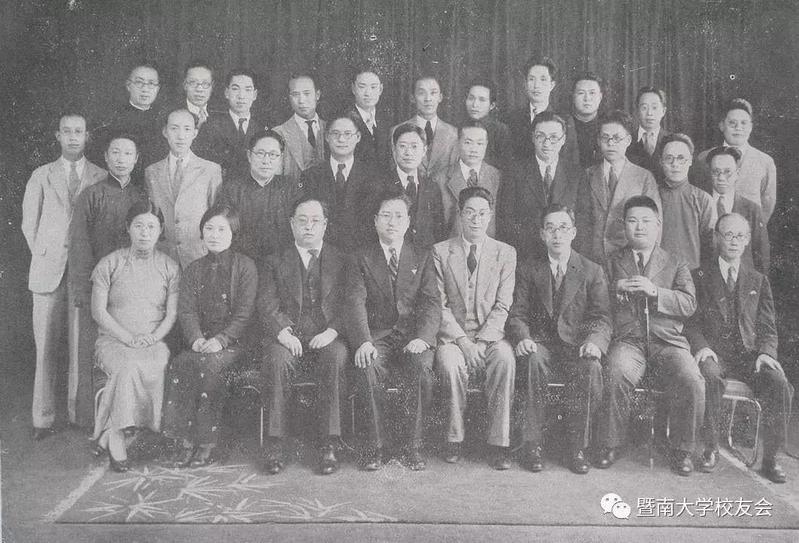 [The School of Arts faculty in 1937 (Zheng Zhenduo, front row, fourth from right)]
Zheng was also responsible for JNU's recruitment work, traveling to Hong Kong and other places to enroll students. He even took charge of military training at JNU. People thought he shouldered nearly half of JNU's work. 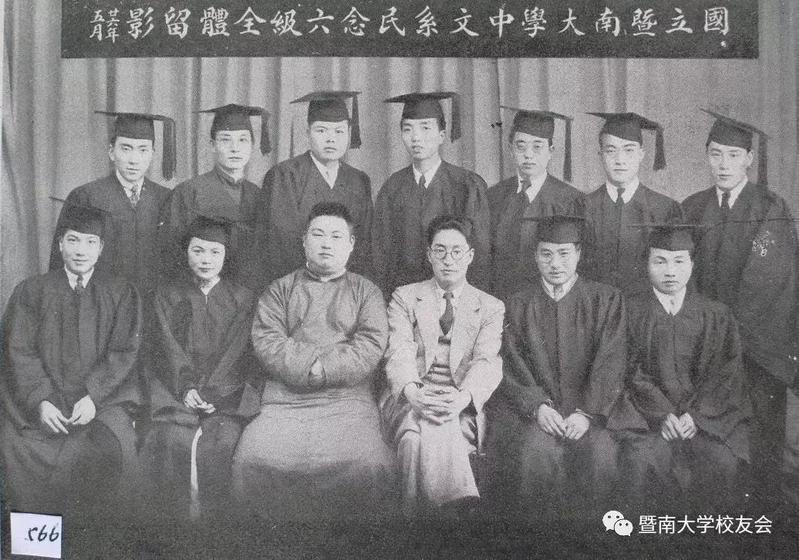 [All the graduates in the Department of Chinese Language and Literature of Jinan University in 1926 (Zheng Zhenduo, front row, third from right)]

In the meantime, he vigorously encouraged teachers to carry out academic study. As a result, he established and edited Jinan Journal and JNU Library News, providing a place for teachers to publish their research results. He also called on the College of Liberal Arts to establish journals including Literature and History, Chinese Opera and Geographical Information to publish academic achievements by teachers and students.