Prof. Feng Shuaizhang, dean of JNU's Institute of Economic and Social Studies, was one of two winners of the first Young Economist Awards of China, announced at the China Youth Economist Forum on Sept. 21 in Wuhan, Hubei province.

Feng has long been engaged in academic research on labor economics and China's economy, including such topics as population mobility, early human capital cultivation, income distribution and the labor market. His research involves not only the frontier of theory, but also many urgent practical problems.

In 2013 Feng and his collaborators published a paper on the measurement and underestimation of the U.S. unemployment rate in the world's highest-ranked economic journal, American Economic Review. Since returning from studying abroad, Feng has gradually focused on China's practical problems, including the long-term trend of labor market conditions, income distribution and especially the education of migrant children. Related research has been published in Journal of Population Economics, Journal of Comparative Economics, Economic Research, Economics (Quarterly), and other well-known domestic and foreign journals. In view of Feng's academic achievements in labor economics, he was invited this year to be a co-editor of Journal of Population Economics, the international authoritative journal in the field. 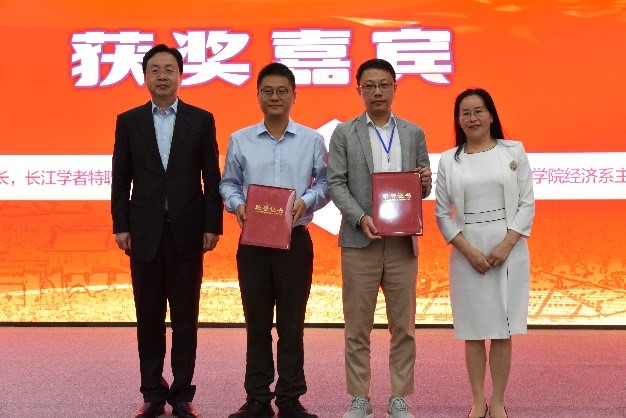