Maria Camila Tello Leal, a Colombian student who also has a Chinese name -- Yue Liang (Moon in English) majoring in international politics in the School of International Studies, won the Enterprising Star Award at JNU's 5A Guiding Program Awarding Ceremony on May 6.

Tello had attended the fourth and fifth Road Relay Final Competitions in the Nike University Elite Challenge (NUEC), winning third prize in 2016 and second prize in 2017. She also won second prize in JNU's Relay Qualification Tryouts for the 2014-2015 NUEC and fifth in JNU's Relay Qualification Tryouts for the 2015-2016 NUEC. She received the Guangdong Overseas Student Scholarship in the 2015-2016 school year; worked in the Department of Sports and Entertainment in the eighth Student Union of the School of International Studies; and volunteered in Si'an Working Project and JNU's Training Class of Traditional Culture of Southern China. 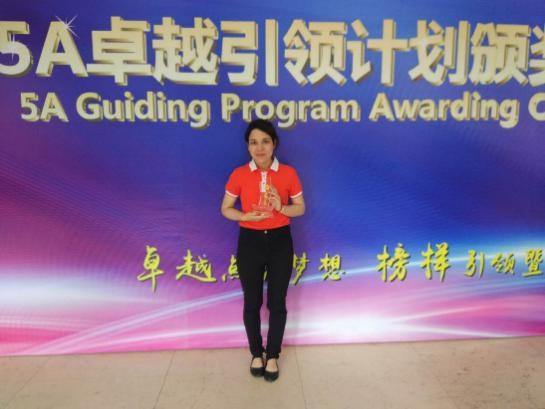 Tello expressed her happiness at winning this award and said she considered it the result of her four years of effort and a new start for the future.