(Wu Rongrong, an undergraduate from Shanghai majoring in photoelectrical information science and engineering)

Wu Rongrong stepped onto the JNU campus with excitement on Aug. 26, starting a new chapter of her life. Looking back at the beginning of the new semester, she said, I will not forget setbacks in the past, for they make me vigilant and reflective.” Talking about her expectations for herself, Wu said, I will aspire for high and grand goals while planting my feet firmly on the ground. I hope I can create a better future with all of you! (Wang Jue, a graduate from Hebei, celebrated her 22nd birthday on July 17)

Influenced by her parents, Wang Jue chose JNU from three universities where she had been offered early admission to graduate programs. My father was a soldier in Guangdong when he was young, and he likes the food here, she said. My mother also likes the climate here. I also had the same feelings during my previous trips to Guangdong. In addition, JNU's major in modern Chinese history is very good, so finally I chose this university. I really love it. (Xue Bin, an undergraduate from Gansu majoring in English translation)

Taking his interests and advantages into account, Xue Bin carefully chose JNU, with translation as his major. In high school, he found he was good at English and wanted to work hard in simultaneous translation. No matter where he goes or what stage he is on, he said, he believes he will play the script of life well. (Ma Zhengyang, an undergraduate from Inner Mongolia majoring in law)

Ma Zhengyang is a new student majoring in law in the School of Humanities. When he first entered JNU, he said, the rigorous epidemic prevention measures made him feel at ease. The clean dormitory and the fresh organic food in the canteens also brought him a sense of belonging. Enthusiastic and responsible seniors and peers interpreted JNU's spirit of loyalty and respect, which made him really confident in his university life.

I hope to meet more like-minded friends at JNU, he said, and cultivate good study and living habits. (Li Wei, an undergraduate from Henan majoring in law)

When I first learned about Jinan University in junior high school, I was deeply affected by its profound history, he said. As a century-old school for overseas Chinese, JNU spreads the classic Chinese culture to the four corners of the world, which made me excited.

Before entering the university, he already had a certain understanding of JNU. The beautiful campus environment still impressed him after registration. From the clean, spacious dormitories to the unique flavor of the cafeteria; from the amiable seniors to the easygoing classmates; from the beautiful Sun Moon Lake to the lush Bnazhang Hill, all these made him feel novelty. In past work and study, Su Tongxin realized that practical skills are more important than theories. As an undergraduate studying business administration, he became interested in statistics that could serve many industries and problems, so he chose applied statistics to further improve his professional ability.

On the first day of enrollment registration, Su entered JNU early. He said he had an immediate sense of belonging because of the warm welcome from the considerate teachers and students. It was a long road to the motherland, with more than 40 hours in flight and 10,000 kilometers of travel from South America.

In middle school, Liu was attracted by JNU’s openness and tolerance, so Jinan University becomes her first choice when applying for college. I hope that in the academically active JNU, I can further understand the ancient culture of China to broad my horizons, develop my logical ability and become a better person, she said. 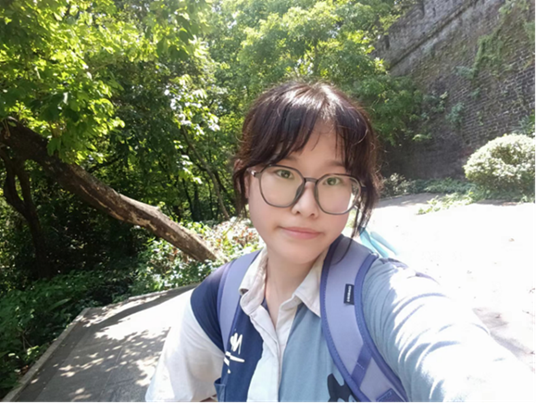 After a 3,000-kilometer flight from Tianjin to Guangzhou, Fu confessed that she really felt she was returning from autumn to summer.

From the presentation of her health code before entering campus to the meticulous arrangement of the seniors who help each freshman, she said she felt this university cared about her from the very beginning and also appreciated the harmonious atmosphere on campus. Feeling the enthusiasm of seniors and getting along with classmates, she said, I'm certain that I will be happy in my future life.