Thirty-six JNU projects won the 9th Guangdong Outstanding Achievement Awards in Philosophy and Social Science, ranking second in Guangdong, according to a notice issued by the People's Government of Guangdong. Among them were 12 first prizes -- the most in JNU's history -- along with 15 second prizes and 9 third prizes. 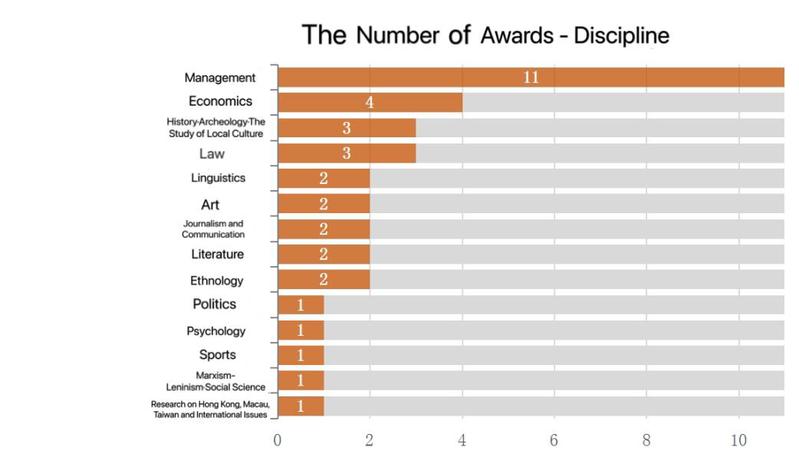 Established by the People's Government of Guangdong, the awards reward groups and individuals who have contributed to relevant fields. Pushing scholars to conduct scientific research with enthusiasm and creativity, they promote the practice of philosophy and social sciences in the province. Given every two years, they are regarded as the highest government awards in philosophy and social sciences in Guangdong.