Olympic Double Gold Medalist: I'm So Lucky to Be a Member of JNU

Chen Aisen surprised nearly 10,000 faculty members and students by showing up at the welcoming ceremony for new students on Oct. 8. Surrounded by enthusiastic students and teachers, the double gold-medal winner at the Rio Olympics talked about his dreams and perseverance in sports, studies and life.


Chen was selected by a coach from a sports school in 2001, when he was 6 in kindergarten. He first practiced gymnastics and started learning diving at 7. In Rio de Janeiro in August, he won gold in single platform diving and double platform diving with a teammate for near-perfect performances, becoming the first athlete in Olympic history to win gold in both events. These were also the first gold medals JNU had won since its students began competing in the Olympics in 1936. 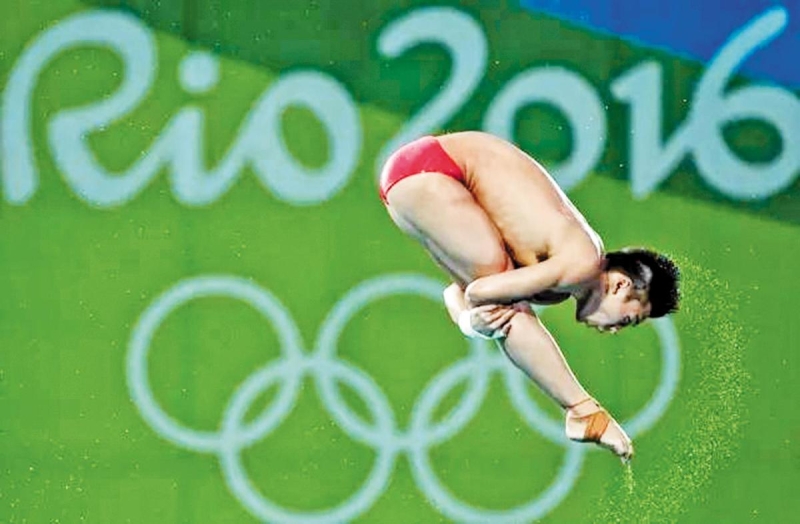 (Chen at the Rio Olympics)

Unlike many young people, Chen has been helping support his family for a long time. His mother is an accountant, and his father is a self-employed businessman, and he has paid most of his sister's university tuition. "I sent my bank card and extra bonus home, he said. Since getting paid at the national diving team, I've been feeling the responsibilities I'm supposed to shoulder, and I hope to help the family as much as possible."

A junior majoring in international economics and trade, Chen also has deep affection for his university."JNU is not just a new starting point in my life, but also helped broaden my views toward the world," he said."I love JNU, and I'm so lucky so be a part of it."