They discussed and exchanged ideas with local overseas Chinese and conducted in-depth research on overseas Chinese and Chinese education, laying a solid foundation for JNU to play an active role in Belt and Road education and cultural exchanges.
On Dec. 1 the delegation visited the Chinese Embassy in Egypt and the China Council for the Promotion of Peaceful National Reunification in Egypt. The next day, at the American University in Cairo, it discussed future exchange programs with President Ehab Abdel-Rahman and Vice President Ahmed Tolba. 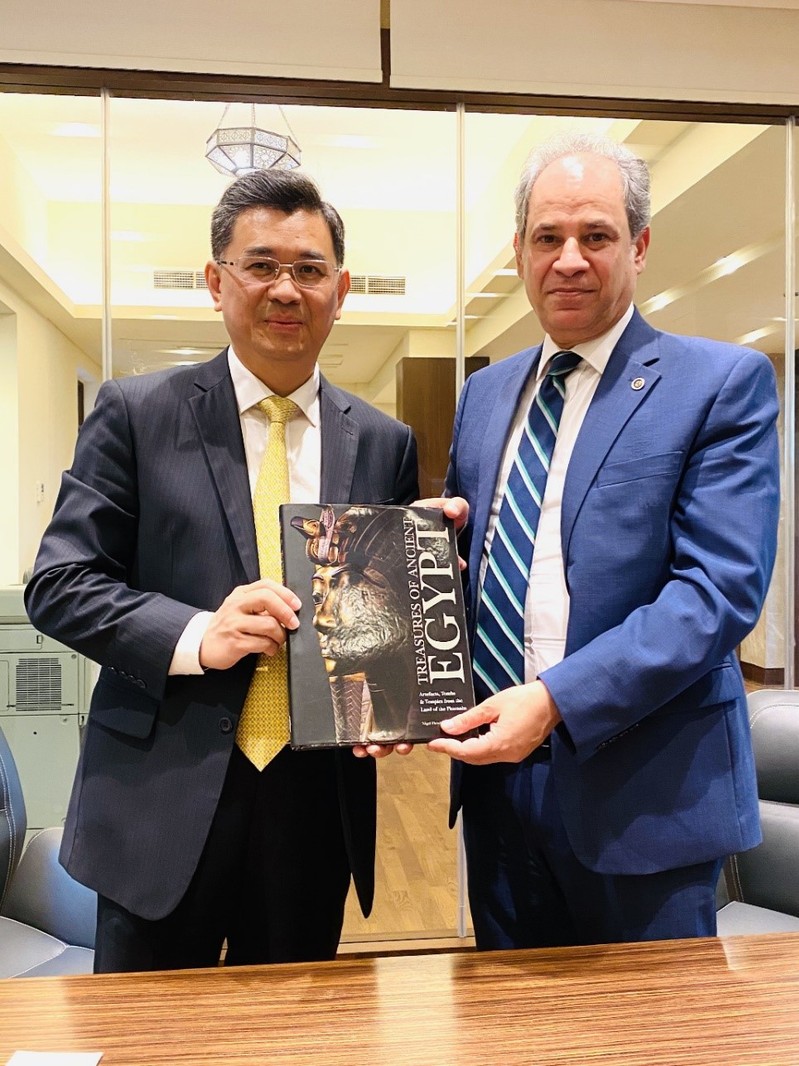 On Dec. 3, Liao Liqiang, China's ambassador extraordinary and plenipotentiary to Egypt, accompanied by educational counselor Song Bo and office director Guo Hualong, received the delegation. It visited to Ain Shams University in Cairo, which has nearly 189,000 students, 1,000 of them in the Chinese Department of the Faculty of Languages alone. The delegation met with the dean of the Faculty of Languages and the director of the Chinese Department to discuss concrete cooperation affairs. On Dec. 4, the delegation met with representatives of the Greek Overseas Chinese Association.  In Greece, the delegation also visited the Athens Chinese School, which had more than 400 students and was recognized by the State Council as the model school of Chinese education.

The delegation visited University of Athens on Dec. 5. On behalf of JNU, Lin signed a memorandum of cooperation with President Meletios-Athanasios C. Dimopoulos. (JNU delegation and the university of Athens having a meeting) (Lin signing a memorandum of cooperation with Prof. Tasos Christofides of the University of Cyprus)